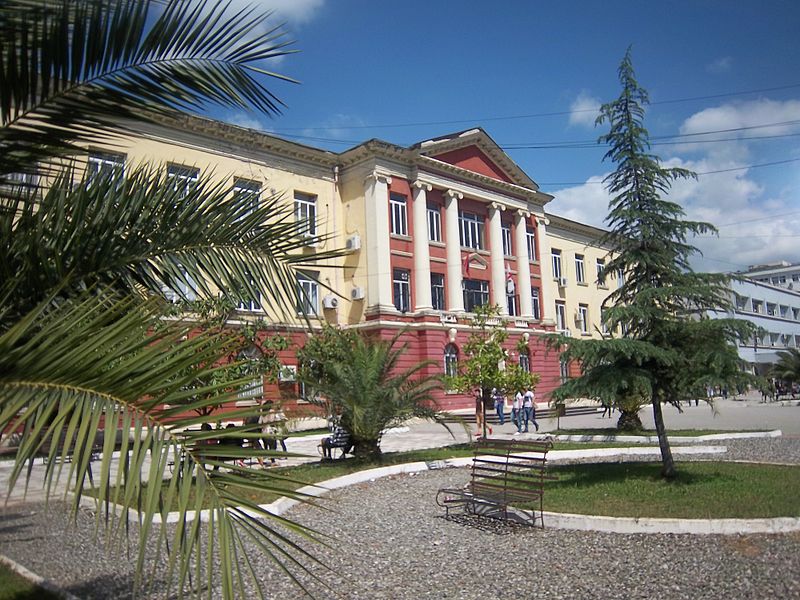 The Faculty of Law was established in 1954, initially named as the "High Institute of Law". After the establishment of the University of Tirana, the High Institute of Law was incorporated into the University, by the name "Faculty of Law". After its reorganization in 1965, the Faculty was renamed "Faculty of Political Science and Law", and it had a stream of studies in political science and law.

These two streams respectively, prepared specialists of a political profile for the central and local bodies, as well as lawyers to serve at the judiciary system and the state administration. In 1967, the Faculty opened also the stream of journalism, which graduated journalists for the press and Radio-Television media.

In 1991, the law stream was separated from that of philosophy and political science- and in this way two separated faculties were created. On the other hand the branch of journalism was transferred to the Faculty of History and Philology. Since then, the Faculty of Law was called the "Faculty of Law".

Until the 1970’s, the curricula of the legal studies included four years of study and after that, for a decade, it was reduced to three years of study, followed by a year of practice at the different institutions of justice. In the 80s, this Faculty reinstated the four-year curricula.

In the 1990’s the Law Faculty underwent numerous changes.  The introduction of new legal concepts and new practices related to the establishment of new legal system, made it necessary to reform the major part of the academic aspects, scientific, educational as well as physical capacities of the Faculty. At the beginning of 1991, curricula and programs were changed and developed following Western European models, which further improved in 1995, 1997 and 1999.

Students at this Faculty can attend a full time program of study or the part time program. Student enrollment is based on competition, organized every year at the end of high school studies.

The cycles of studies are modeled upon the Bologna system: a three-year Bachelor program, one and two- year Master programs, and three to five year Phd studies.

There are approximately 5100 students enrolled in the Faculty of Law, out of which 1760 attend the full time study program, while 1400 students are in the part-time system.

Link to the Faculty's webpage: http://fdut.edu.al